Taking an early lead in the series by winning the first two races the team held off all contenders to take the title in a fantastic windy week of sailing in Cascais.

At Petticrows HQ we are particularly pleased as Team Provezza Dragon were using the new v6 model Dragon – we have been working on hull designs, and moulds for this boat almost a year spending many workshop hours creating this new product.

New v6 boats also finished in 3rd (Lawrie Smith and team) and 5th (Dmitry Samokhin and team).
It is also great that the winning team sailed under the Turkish flag – as the Turkish fleet is currently going from strength to strength. 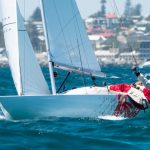 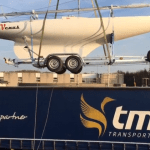 The Planets in Motion…